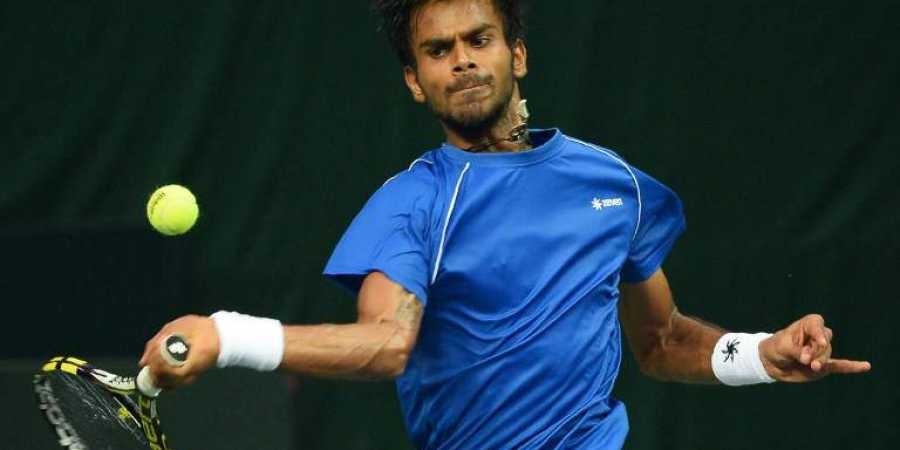 New York, Aug 24 (IANS) 22-year-old Sumit Nagal will face Swiss legend Roger Federer in the main draw of the 2019 US Open. Nagal beat Brazilian Joao Menezes 5-7, 6-4, 6-3 to ensure that he goes through the qualifiers to make it to the main draw where he joins compatriot Prajnesh Gunneswaran.

Prajnesh, ranked 89 in the world, gains direct qualification into the main draw of Grand Slams while the 190th ranked Sumit Nagal had to go through the qualifiers. It is the first time since 1998 that two Indians are part of the singles main draw in a Grand Slam after Mahesh Bhupathi and Leander Paes in the 1998 Wimbledon.

Nagal was down a set and trailing 1-4 in the second before managing to stage a comeback that took him all the way to victory against the lower-ranked Menezes. He had earlier beaten the higher-ranked Tatsum Ito of Japan and Canadian Peter Polansky. While both were straight-set victories, Nagal had to win a hard-fought first set tie break against Ito before taking the second 6-2.

Nagal is one of four other Indian players who have qualified for the main draw of a Grand Slam in singles. The others are Gunneswaran, Saketh Myneni, Yuki Bhambri and Somdev Devvarman. While Nagal faces a colossal task in facing five-time champion Federer, Gunneswaran faces 253-ranked German Cedrik-Marcel Stebe.

American Embassy School in Delhi not run by embassy: US