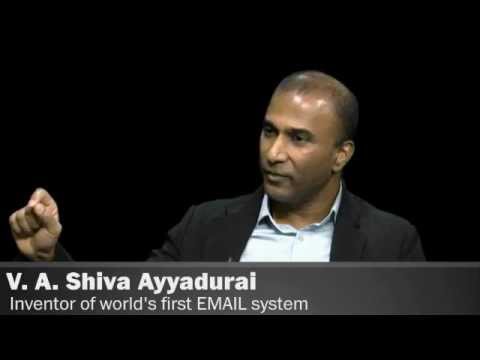 Washington, Sep 1 (IANS) V.A. Shiva Ayyadurai, an Indian-origin scientist who received official recognition as the inventor of the computer program for electronic mail system or “email” from the US government 32 years ago, has slammed his critics for not giving him full credit.

In an interview to Huffington Post, Ayyadurai, who was only 14 when he developed the technology, claimed his modest background prevented him from getting the recognition he deserved from people who are both economically and racially prejudiced.

“The reality is this: in 1978, there was a 14-year-old boy and he was the first to create electronic office system. He called it email, a term that had never been used before, and then he went on and got official recognition by the US government,” he told Huffington Post.

Studying at Livingston High School in New Jersey, Ayyadurai began his work on the email system for the University of Medicine and Dentistry of New Jersey.

In 1978, he developed a full-scale emulation of the inter-office mail system which he called “E-mail” and copyrighted in 1982.

At that time, copyright was the equivalent of a patent as there was no other way to protect software inventions.

Based on his work, Ayyadurai won a Westinghouse Science Talent Search Award for high school seniors in 1981.

However, the claims Ayyadurai made led to controversy over his place in the history of computer technology, with some other people claiming to have invented e-mail.

According to Ayyadurai, those who challenge him as the inventor are afraid of upward mobility and change.

Ayyadurai is behind seven businesses including EchoMail – a $200 million company that has Nike and the US Senate as customers.

The official US copyright notice for “E-mail” is now with the Smithsonian Institution National Museum of American History (SINMAH).