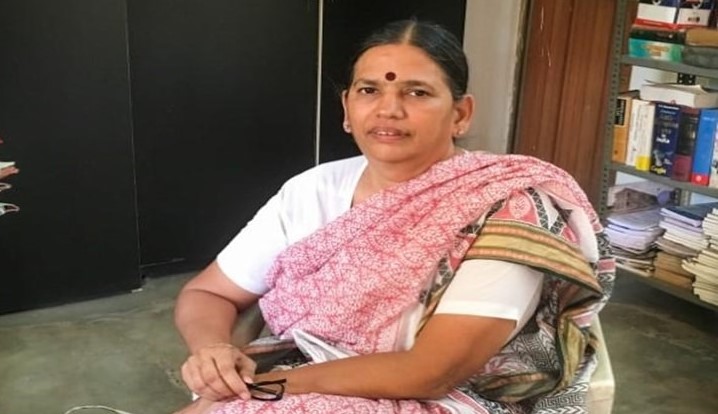 The portrait exhibit showcases the contributions of women around the world to the areas of law and policy.

“The honorees—each of whom were nominated by HLS students, faculty or staff—are powerful voices in their respective fields, whether they are sitting on a high court bench, standing in front of a classroom, or marching in the streets,” according to the exhibit website.

Sudha Bharadwaj is a trade unionist, a civil rights activist against land acquisition from Chhattisgarh. She was arrested last year by the Pune police on suspicion of being involved in Maoist terror activities.

On 26 October 2018, a Pune Sessions Court rejected the bail application of Bharadwaj. She is currently in prison.

Sudha was born an American citizen, to Konkani Brahmin parents Krishna and Ranganath Bharadwaj, who were pursuing their PhD in Massachusetts Institute of Technology, US, according to the activist’s Wikipedia page. Bharadwaj returned to India at the age of 11, gave up her US citizenship at the age of 18, and joined the Indian Institute of Technology (IIT), Kanpur, to study mathematics, completing the five-year integrated course in 1984.

Dr Guruswamy was the only woman in the all-male team who fought in the Supreme Court against Section 377 to decriminalize homosexuality.

She focusses on large constitutional rights claims and has successfully brought reform of the bureaucracy in the country, and defended federal legislation that mandates that all private schools admit disadvantaged children. She is amicus curiae appointed by the Supreme Court in a case concerning 1528 alleged extra-judicial killings by the military and security personnel.

Georgia’s rising Democratic star, Stacey Abrams and lawyer Gloria Alred are among the other honorees.