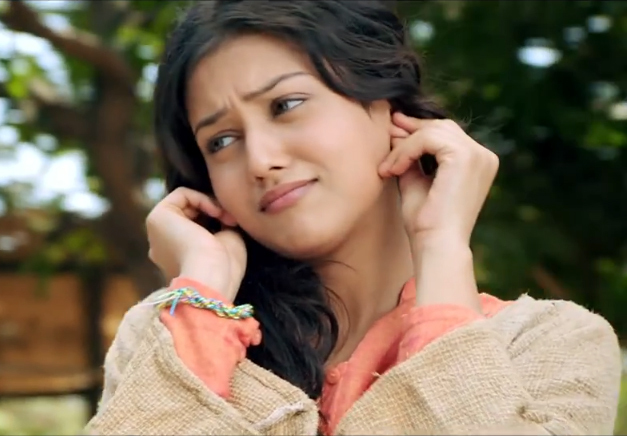 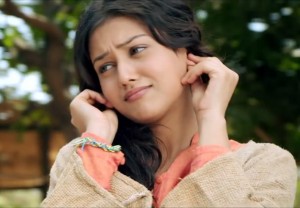 Subhash Ghai loves the mountains. In many of his films, these are captured with the sobering imposingness of a climber gazing lovingly and reverently at the peaks he knows he must conquer.

And conquer, he does. “Kaanchi” delivers a walloping punch. From the tale of a girl from the hills contesting the city marauders’ rights to usurp her of land and love, to a frenzied saga of revenge in the big bad city where the innocent girl assumes the role of a desi Lara Croft, Ghai tackles the craft and the emotions with a devilish deftness.

In a script as intricately woven as a Kashmiri carpet, Subhash Ghai threads together a jampicked jigsaw. Something or other is always happening in some corner of the script.

“Kaanchi” is a puzzle of a film. It bustles and brims over with reformatory ideas, anti-corruption zeal, and lunges for an overweeningly ambitious format of storytelling where Raj Kapoor’s “Ram Teri Ganga Maili” meets Rakesyh Mehra’s “Rang De Basanti”. Ghai employs every cliche in the book of formulistic storytelling. And you know what? He succeeds in telling a spectacular story filled with muted sound and flamboyant fury.

“Kaanchi” is the story of a girl’s journey from the innocent unspoilt mountains of Uttarakhand to the corrupt and corrupting sinful city of Mumbai….The format is not new to Ghai’s cinema. He tried it earlier in “Taal”. In “Kaanchi”, the approach road from the back of beyond to the mainland mayhem is far more upfront and aggressive. The music, so essential to the impact of Ghai’s cinema, here conveys the split personality of a society that is caught in a migratory transition.

The film packs in the punches with undiminished enthusiasm from the first frame to last. The scenes are conceived with cohesive care while the dialogues are quick-witted in the way we’ve grown up hearing in commercial Hindi cinema. Ghai turns on the tempestuous tap full blast. Though the pace does tend to flag at times – what with the characters assuming more emblematic significance than they are able to handle – the filmmaker makes sure there is an element of underlined expectancy in nearly every episode.

The episodes write themselves out with a pungent precision. At times you feel the narrative should have been allowed to be more spontaneous. But then you realize this is not a film that tries to impress with subtlety. The charm of the protagonist Kaanchi’s journey is not in its quotient of adventurousness but in delivering an exuberance of the expected.

And now the million-dollar question about Ghai’s latest discovery. Does Mishti live up the high standards set by the filmmaker’s earlier debutant/semi-debutant heroines? In spite of her inability to touch some of the peaks required in the dramatic scenes, the girl with her very Bengali personality and a serene simplicity creates a very favourable impact. Bearing a faint resemblance to Mandakini in “Ram Teri Ganga Maili”, Mishti breezes through most of the film with charm and confidence.

Mishti gets very strong support from her two leading men. Kartik Aaryan’s very athletic ramp-friendly personality is used to play off the heroine’s rustic artlessness. Kartik has a very bright future ahead. In the second-half the ever-dependable Chandan Roy Sanyal takes over as the man in Kaanchi’s life. Cast as a roguish cop whose morals are as questionable as the lyrics of the item song he dances to, Chandan plays a role similar to the one Parmabhrata Chatterjee played to Vidya Balan in “Kahaani”.

Interestingly Mishti’s character is shown to be a use-friendly go-getter. Looking at her pluck and gumption, we finally have the answer to the sexy sawaal: “Choli ke peeche kya hai?”

Ironically in this film about youth power, it’s the veteran actors who let the script down. Mithun Chakraborty and Rishi Kapoor as a pair of trouble-makers are deliberately lampoonish. Why is Mithun’s mouth stuffed with marbles like Brando on a bad-teeth day? And why does Rishi dance to a song that does no justice to his “Karz” past? But then Ghai’s villains have always been outrageously self-important. Newcomer Rishab Sinha as Mithun’s son has a very important role which he squanders away in serious apathy and a ludicrous wig.

In spite of its jagged edges and its tendency to take itself a tad too serious, “Kaanchi” manages to simulate a supple empathy for its disarmingly uni-dimensional characters. Sudhir Chowdhary’s cinematography helps to fund Ghai’s dream of a nation where one girl with the help of some rock-singing youngsters can free us of corruption.

“Kaanchi” tells us there is no harm in dreaming. It marks the return of the Showman to form. This is a warm-hearted free-spirited ode to new-age womanhood. The female protagonist’s dharm-yuddh with evil forces may lack in subtlety. But then the time to tackle terror with tact is over.

It’s time to take on corruption head-long. “Kaanchi” does just that. With feeling and drama.