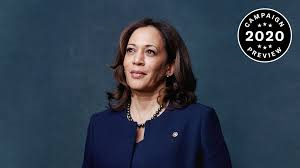 Harris’ comment at a CNN town hall on Monday in New Hampshire comes amid a growing debate among Democrats over whether the House should move to impeach the President in the wake of Special Counsel Robert Mueller releasing his report on Russian intervention in the 2016 election and Trump’s efforts to obstruct the investigation.

“I think we have very good reason to believe that there is an investigation that has been conducted which has produced evidence that tells us that this President and his administration engaged in obstruction of justice,” Harris said. “I believe Congress should take the steps towards impeachment.”

“I believe that we need to get rid of this President. That’s why I’m running to become president of the United States. That is part of the premise, obviously, of my plan.”

For months, Democrats have not made impeachment a premier issue in their pitch to voters. But Mueller’s report has upped the ante on the issue, causing other candidates like Massachusetts Senator Elizabeth Warren and former Housing and Urban Development Secretary Julian Castro to call for impeachment proceedings against Trump.

Vermont Senator Bernie Sanders and Minnesota Senator Amy Klobuchar took a more wait-and-see approach to the issue on Monday night at the CNN Town Hall, refusing to go as far as Warren, Castro or Harris.

Also in her address, Harris committed to a host of executive actions to implement gun control measures that have long failed to pass in Congress.

Harris said that, if elected, she would sign an executive order mandating background checks for customers of any firearms dealer who sells more than five guns a year.

The executive actions would also include more strident regulation of gun manufacturers that could result in revoked licenses or prosecution, as well as an attempt to close the loophole that allows some domestic abusers to purchase guns if their victim is an unwedded partner.