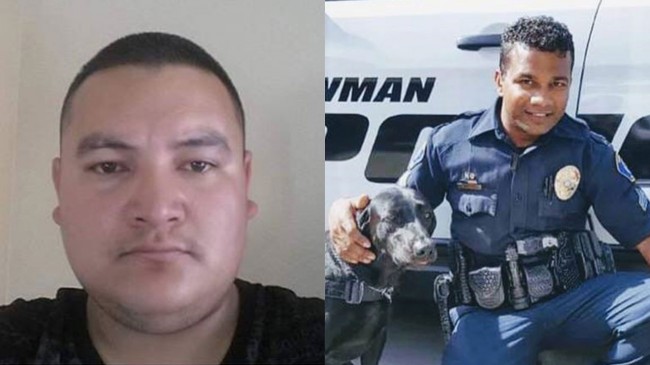 New York, Dec 29 (IANS) A man has been arrested for allegedly killing an Indian-origin police officer during a traffic stop in California’s Newman county, officials said.

The suspect was identified as Gustavo Perez Arriaga, 33, who came to the US illegally and was believed to have been fleeing to Mexico, Stanislaus County Sheriff Adam Christianson told CNN on Friday.

Arriaga was arrested from a home in Kern County, about 200 miles south of where the shooting occurred on Christmas night.

Officer Ronil Singh, 33, pulled over the suspect just before 1 a.m. Wednesday and a few moments later called out “shot fired” over the radio.

Other officers found Singh shot and took him to a hospital, where he was pronounced dead, the police said. Singh was a native of Fiji and joined the Newman Police Department in July 2011.

That day he was “working overtime on Christmas night to provide the best for his family”, police officials said.

Singh’s brother, Reggie, thanked police officers through sobs at a press conference. “Ronil Singh was my older brother. Yes, he’s not coming back, but there’s a lot of people out there that misses him,” Reggie said on Friday.

Referring to the arrest, he said: “I was waiting for this to happen. I’d like to thank you working day and night to make this happen.”

Talking about the suspect, Sheriff Christianson said that Arriaga was arrested twice previously for driving under the influence of alcohol and has known gang affiliation.

Arriaga’s brother, Adrian Virgen, 25, and co-worker, Erik Razo Quiroz, 32, were arrested on Thursday for felony. They were also in the US illegally.

The sheriff said the two men were trying to protect Arriaga, who was trying to go to Mexico. “It was his goal to get across the border.”

Detectives also arrested Arriaga’s girlfriend and another of his brothers, accusing them of helping Arriaga evade the police.

They were identified as Ana Leyde Cervantes, 30, and Conrado Virgin Mendoza, 34.