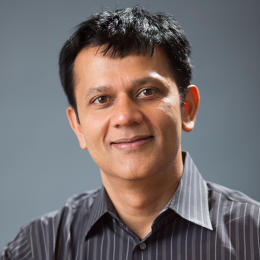 New York, June 17 (IANS) With an aim to strengthen its position in the emerging era of conversational intelligence using artificial intelligence (AI), software giant Microsoft has acquired a California-based messaging app founded by an Indian.

Wand Labs, which builds messaging technology for apps, was brought to life by an IIT-Delhi alumnus Vishal Sharma in 2013.

With Sharma, an experienced leader and entrepreneur in the field of search and knowledge, Wand Labs has already been developing in areas specific to “Conversation as a Platform”.

“This acquisition accelerates our vision and strategy for Conversation as a Platform, which Satya Nadella introduced at our ‘Build 2016’ conference in March,” said David Ku, Corporate Vice President, Information Platform Group (Microsoft) in a blog post.

“Wand Labs’ technology and talent will strengthen our position in the emerging era of conversational intelligence, where we bring together the power of human language with advanced machine intelligence, connecting people to knowledge, information, services and other people in more relevant and natural ways,” he added.

The move builds on and extends the power of the Bing, Microsoft Azure, Office 365 and Windows platforms to empower developers everywhere.

The Wand team’s expertise around semantic ontologies, services mapping, third-party developer integration and conversational interfaces make them a great fit to join the Bing engineering and platform team, especially with the work we’re doing in the area of intelligent agents and chat bots, Ku noted.

According to Microsoft, Vishal is a unique talent and a well-respected thought leader in this area.

“We are confident that he and his team can make significant contributions to our innovation of Bing intelligence in this new era of Conversation as a Platform. I am excited to welcome Vishal and the Wand Labs team to Microsoft,” Ku added.

Indians visiting the US are set for smoother arrivals