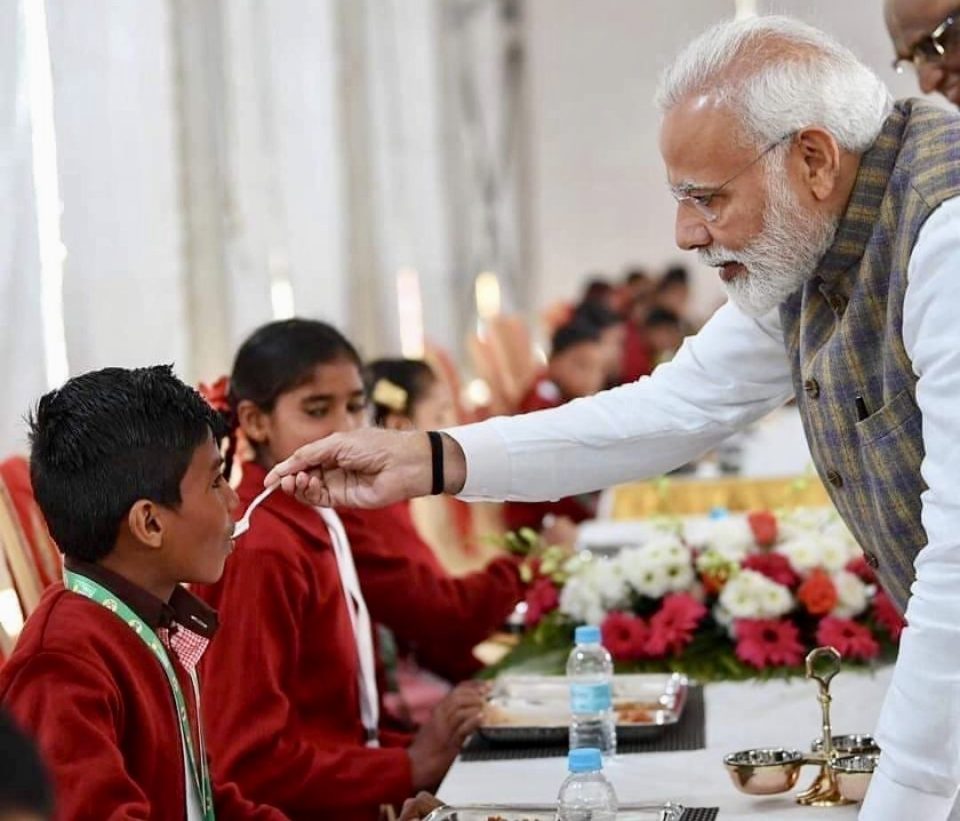 Prime Minister of India, Narendra Modi commemorated The Akshaya Patra Foundation’s serving of cumulative 3 billion meals at an event held at the organization’s campus in Vrindavan, Mathura, on Feb. 11, 2019.

The Prime Minister was joined by the Governor of Uttar Pradesh, Ram Naik, and Chief Minister Yogi Adityanath.

Akshaya Patra is the world’s first NGO-run school meal program to achieve the milestone of serving 3 Billion cumulative meals. It is a major milestone in the Foundation’s pursuit of the mission to serve meals to 5 million children every school day by 2025. With the support of the Government, donors, and all the other stakeholders, the organization is poised to realize its vision ‘nochildinIndiashall be deprived of education because ofhunger.’

In 2012, Akshaya Patra reached its first major milestone of serving 1 billion cumulative meals since the inception of the program in 2000. By 2016, the organization had already served a cumulative 2 Billion meals. That milestone was commemorated in the presence of Shri Pranab Mukherjee, the then President of India, on Aug. 27, 2016, in Bengaluru.

Prime Minister Shri Narendra Modi began the ceremony by paying homage to Srila Prabhupada, the inspiration behind Akshaya Patra’s meal program. Shri Chanchalapathi Dasa welcomed and felicitated the dignitaries. An invocation was sung by Akshaya Patra beneficiaries from Vrindavan. It was followed by speeches by Yogi Adityanath, Mohandas Pai and Madhu Pandit Dasa.

Modi unveiled the commemorative plaque to mark the serving of 3 Billionth meal by Akshaya Patra. He addressed the gathering and showed his support to the Foundation’s initiative by serving the ceremonial 3 Billionth meal. The Prime Minister, much to the delight of the children, even shared meals with them.

Madhu Pandit Dasa expressed his delight over having reached this milestone and conveyed his gratitude to all the stakeholders, including the Government of India, Ministry of Human Resource Development (MHRD), State Governments, corporates, donors, partners, and the community at large, for their continued support. He also reiterated the commitment to serve hot, nutritious, safe, and tasty meals to children every school day and further added that the Foundation will strive to enhance the impact of mid-day meals through various innovative initiatives.