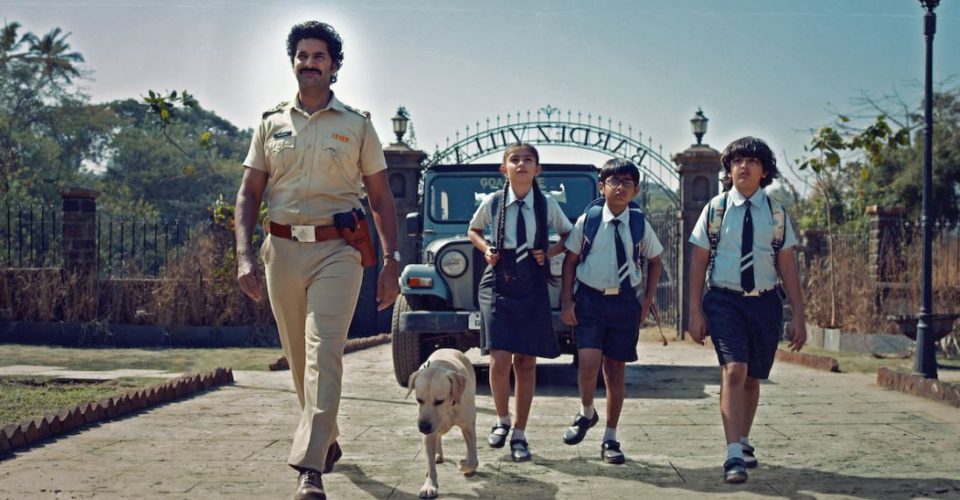 Mumbai, July 19 (IANS) National award-winning filmmaker Sujoy Ghosh, after making his mark with “Kahaani” and “Badla”, is stepping into the world of web series with “Typewriter”, which premieres today on Netflix.

The series promises to be a binge-worthy ride of the chronicles surrounding the haunted Bardez Villa, read a statement.

The five-episode series revolves around a haunted house in Goa and a group of young, wannabe ghost busters determined to capture the spirit that plagues a notorious home in their neighbourhood.

When a new family moves into the haunted home, the crew finds it difficult to balance the demands of school and chores with the renewed urgency to solve the mystery. What follows is the story of how these 5 kids try to capture the ghost of Bardez Villa, all the while balancing school and staying out of trouble.

Shot on location in Goa, the film features Paulami Ghosh, Samir Kochar and Purab Kohli in lead roles, and Arna Sharma as Sam, Aaryansh Malviya as Nick, Milkail Gandhi as Gablu, and Palash Kamble as Bunty — the ghost busters.

The process of writing stories for a long-format medium as a web series, he concedes, is quite tough, and “Typewriter” was a learning process for Sujoy.

“It is really tough,” Sujoy told IANS. “I literally had to unlearn so much from my habit of writing the script of a film, which has a duration of just three hours. I have also written a short film, and this (web series) is such a long format of storytelling. I had a hard time in the beginning. The good thing is now that I am done with my first web series, I can write and direct another one with the ease I do a film. Creatively, I know the path,” he added.

A self-taught writer, Sujoy said he would have loved to take all the liberty that a web series normally offers — of being experimental, exploitative and indulgent as a creative writer — but he avoided the temptation because he did not want to be a ‘selfish’ one.

“That is why it was important for me to find the right balance, and I have to say that the Netflix team helped me to stay at it. I learnt the process in writing,” said Sujoy, who, besides his acclaimed feature films, has also won applauds for the short films, “Ahalya” and “Anukul”.

Sujoy does not keep any specific actor in mind while writing a script, and he has his reasons for casting Purab Kohli, Paulami Ghosh, Jisshu Sengupta and a group of children in the show.

“I live in the characters as I write them, so I know their physical appearance, their essence, which I look for in the actors I casts. If Jisshu does not look like (his character) Amit, then as a director it is my failure, because I have to bring out the character through the actor’s personality,” he explained.

“Purab is very talented and so is Palomi Ghosh. Her personality has a relatable factor, which worked for the story,” said Sujoy.

However, the director conducted several rounds of auditions and workshops to select the child actors for the show.

“This is the first time I worked with children, so for me it was a new experience. I never worked with a child artiste before apart from Aarna Sharma.”

“In fact, I wanted to cast Aarna in “Kahaani 2″ but that did not happen. For the other children on the show, I held workshops to decide the right group of kids who would be interactive,” shared the filmmaker who has worked with iconic actors such as Amitabh Bachchan, Soumitra Chatterjee, Saurabh Shukla, Parambrata Chatterjee and Vidya Balan.