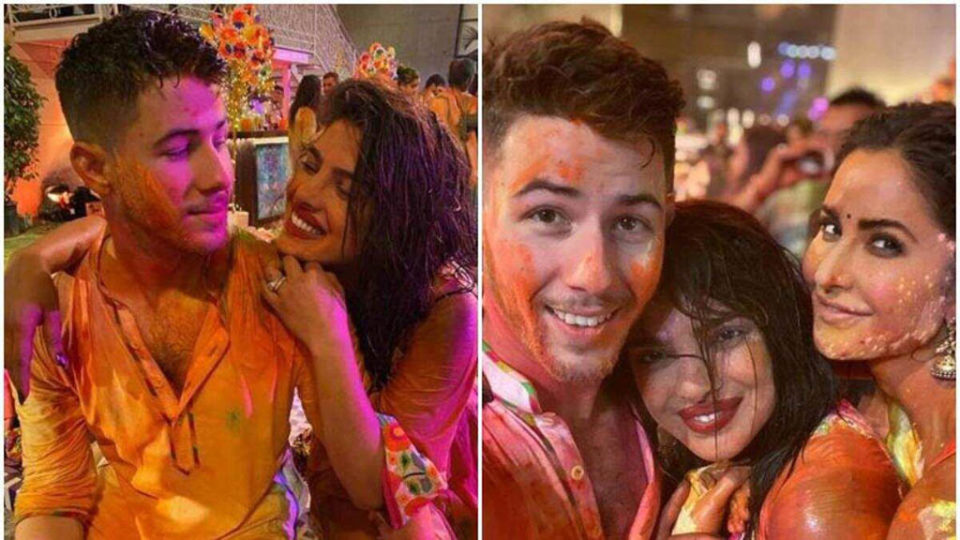 Nick gave a peek into his celebrations on Instagram. He posted photos and a video which are a proof that he thoroughly enjoyed playing with colours and getting drenched.

“My first Holi! (Five days early) So much fun celebrating with such incredible people here in my second home in India,” he wrote.

Katrina also reposted the photo featuring her, Priyanka and Nick, along with a yellow coloured heart emoji.

Nick also posted a photo of him and wife in traditional outfits. “She makes me smile a lot. #holi,” he captioned it.

These aren’t the only loved-up photos of the couple. Nick recently took to Instagram to share a series of pictures from their vacation. They had hit the beach in California on horseback.