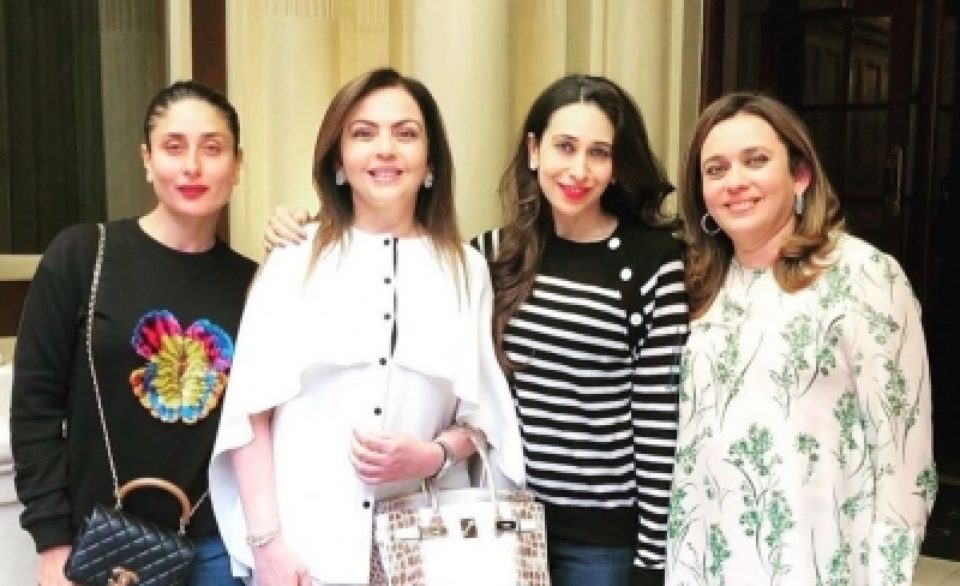 In the images posted on the social media, Nita Ambani is seen wearing a white ensemble and carrying the Hermès Himalaya Birkin Bag. Bollywood divas Karisma Kapoor and Kareena Kapoor Khan are also seen in the photograph.

According to christies.com, Hermès Himalaya Birkin Bag is considered the ‘Holy Grail in a Handbag’ collection. It has more than 240 diamonds on its 18-karat-gold hardware.

Back in 2017, the white Himalaya crocodile diamond style bag fetched $379,261 at auction with Christie’s. With the deal, it became the most expensive bag ever sold, it was claimed.

According to christies.com, the Himalaya Birkin is crafted from Nile crocodile hide. The mention of Himalaya does not apply to the origin of the bag, but to the gradation of the colour.

Named after the actor and singer Jane Birkin, Birkin bags are famous for their price tags and celebrity owners.