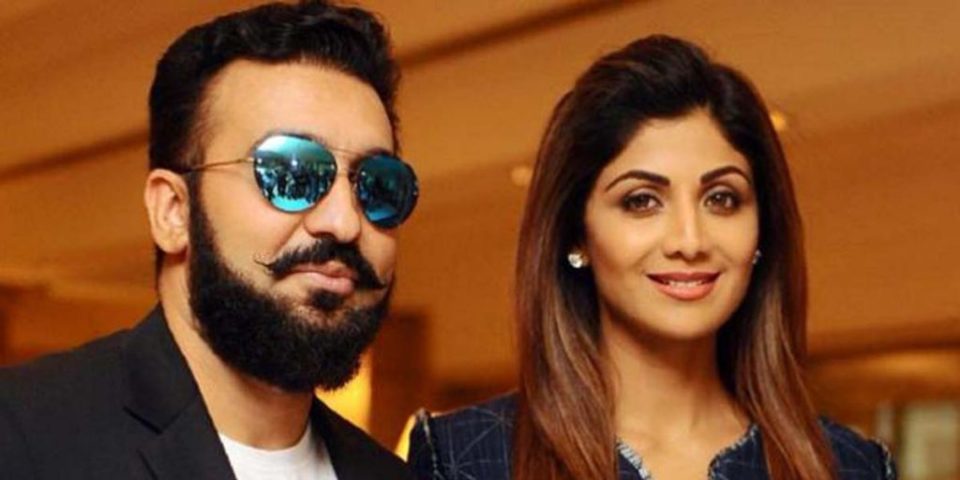 Mumbai, March 5 (IANS) Bollywood actress Shilpa Shetty and her husband Raj Kundra have been named in another alleged scam — this time, concerning the Satyug Gold Pvt. Ltd, a gold trading company of which they are ex-directors.

A Non-Resident Indian businessman, currently in Mumbai, Sachiin J. Joshi has claimed in a police complaint that he was reportedly lured and then cheated by SGPL’s ‘Satyug Gold Scheme’, launched around 2014.

Joshi has lodged a criminal complaint of cheating, fraud and other charges against Shilpa Shetty, Raj Kundra and officials of SGPL such as Ganpati Chaudhary, Mohammed Saifi and others with the Khar Police Station in Mumbai.

When contacted, an official of Khar Police Station told IANS that “the complaint is currently under investigation” but declined to elaborate.

Despite repeated attempts by IANS, Shilpa Shetty was not available for her comment.

According to Joshi, under the five-year gold plan, sold as ‘Satyug Gold Sheme’ the buyer was offered a ‘Satyug Gold Card’ at a discounted rate and promised a certain fixed quantity of gold redeemable after a five-year period.

As per Kundra’s statements at the ‘gold dream’ launch, an investor who bought a certain sum of gold at the then current rates with full advance payment would be entitled to a Satyug Gold Card, redeemable in stages with attractive discounts — 15 per cent after two years, 26 per cent after three years, 30 per cent after four years and 37 per cent after five years.

Joshi had purchased One kg gold for nearly Rs 18.58 lakhs in March 2014 at the then prevailing rates. It would be redeemable on or after March 25, 2019 at the promised discount on presentation of the Satyug Gold Card to the SGPL, his spokesperson told IANS.

Explaining the stakes, the spokesperson said that at current rates, the original investment would have fetched around Rs 44 lakhs or more than double as today the gold prices crossed the Rs 4.40 million per kg mark.

However, when Joshi attempted to redeem his one-kilo golden asset on the due date in March last year, he discovered that the SGPL office in Bandra Kurla Complex, suburban Mumbai, was shut with no employees or representatives available at its address.

Upon enquiring he learnt that the office had been closed down a long ago, the SGPL website showed a new office address, at Shalimar Morya Park in Andheri west.

When Joshi’s team visited the new office, they were informed that the addressed did not belong to SGPL.

Further online searches and scanning the company’s annual returns revealed more office addresses at Andheri east, Malad West and Andheri West, but again he encountered the same reply that these addresses did not belong to SGPL.

Ditto was the experience with the company’s help-desk and customer care numbers (18002679090) which elicited no response, Joshi said.

In November 2019, Joshi’s representative happened to meet one of the company officials at the Malad West address who claimed that it was not possible to redeem the claim as the company was processing multiple claims, and suggested he should return in December 2019.

A search on the Ministry of Corporate Affairs (MCA) website pertaining to the company revealed more shocking details: that Shetty and Kundra had resigned as the company directors in May 2016 and November 2017 respectively.

“It became clear from all these facts that SGPL was a fraudulent entity being used to run the fake ‘Satyug Gold Scheme’ using the name of celebs like Shilpa Shetty. I have suffered a loss of Rs 18.58 lakh on my gold investment,” Joshi said.

Sources in the gold industry hinted that many more such investors may have been lured by SGPL and only a detailed police investigation would reveal the extent of the alleged scam.