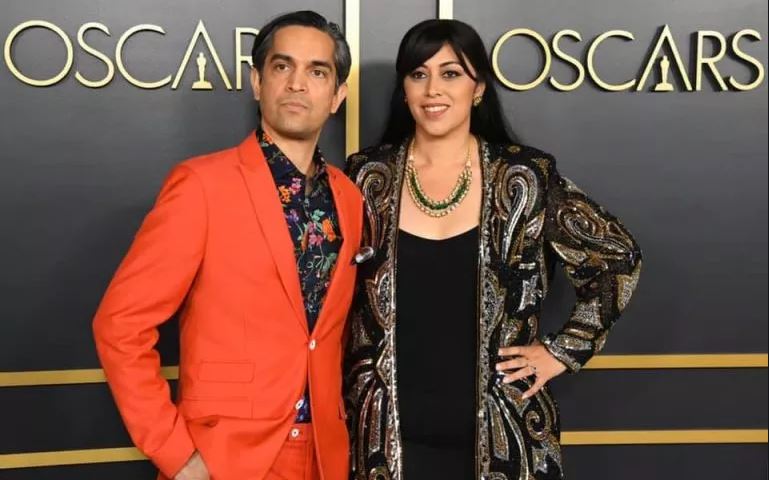 New Delhi, Feb 8 (IANS) Ranveer Singh and Alia Bhatts “Gully Boy” failed to make the Oscar cut but we have been proudly looking at “I917” for a moment of Indian glory at the Academy Awards 2020, because production of the film with 10 nominations — including Best Film and Director — has Reliance backing. What few people are aware is that there is another Indian angle at this year’s Oscars.

Indian-American filmmakers Smriti Mundhra and Sami Khan’s “St. Louis Superman” is competing in the Documentary Short Subject category at the 92nd Academy Awards. The 33-minute documentary, which revolves around Bruce Franks Jr.’s journey from an activist to a lawmaker, is up against “In the Absence”, “Learning To Skateboard in A Warzone”, “Life Overtakes Me” and “Walk Run Cha-Cha”.

“Do awards matter? Well, becoming an Oscars contender means for the first time in my career I was able to hand-select every member of my crew for a major commercial project. This means good pay and TV experience for all involved. It’s all about getting those chances. This entire team was asked to jump on to the company’s next project because they’re that damn good. Industry experience begets more industry opportunities… To my fellow filmmakers who are getting some shine right now and taking a leap forward in your careers, don’t forget to hold the door open for someone else. Use your leverage not just for yourself, but for others too. Especially those for whom the doors don’t open that easily,” Mundhra posted on Twitter.

While a win for “St. Louis Superman” will make India proud, many more must already be aware of the fact that Sam Mendes’ war drama “1917” has Reliance Entertainment and Amblin Partners among the banners associated with its production. The film has received as many as 10 Oscar nominations.

The film has already won Best Picture – Drama, and the Best Director awards at this year’s Golden Globes. Hours before the Oscar nominations were announced last month, Sam Mendes also won Best Director at Critics Choice Awards for “1917”. He shared the trophy with Bong Joon Ho, who was feted for the Korean film, “Parasite”.

“1917” is about two young Lance Corporals, Schofield (George MacKay) and Blake (Dean-Charles Chapman), during the First World War, who are given an almost impossible mission. Racing against time, they must deliver a message deep inside enemy territory. The message is important to stop their own men — including Blake’s brother — from walking into a death trap.

Last year, “Period. End Of Sentence”, a documentary that tackles the stigma around menstruation in rural India, won the Best Documentary Short Subject at the 91st Academy Awards. The film was co-produced by Indian producer Guneet Monga and directed by 25-year-old Iranian-American filmmaker Rayka Zehtabchi.

India’s tryst with Oscars began in 1958 with Mehboob Khan’s “Mother India” in which late actress Nargis depicted the pain and agony of a mother with conviction. It was the first Indian movie to get nominated in the Best Foreign Language category.

After a long dry spell, costume designer Bhanu Athaiya walked away with an Oscar in the Best Costume Design category at the 55th Annual Academy Awards for Richard Attenborough’s film “Gandhi” in 1983.

Late legendary Indian filmmaker Satyajit Ray, who gave iconic films like “Pather Panchali” and “Aparajito”, was also ennobled with an honorary Oscar for his contribution to cinema in 1992.

Late Hollywood icon Audrey Hepburn flew down to Kolkata to personally hand over the Oscar to an ailing Ray. “The award recognises Mr Ray’s rare mastery of the art of motion pictures and of his profound humanism which has had an indelible influence on filmmakers and audiences throughout the world,” Hepburn said.

In a video message from Kolkata, a visibly frail Ray thanked and appreciated American cinema.

Aamir Khan’s 2001 release, “Lagaan”, was also nominated for an Oscar in the Best Foreign Language Film category, but lost out to “No Man’s Land”.

Another film, “Smile Pinki”, won the Best Documentary Short Subject award that year. American filmmaker Megan Mylan’s short documentary narrates the tale of how a poor village girl called Pinki becomes a social outcast owing to her cleft lip, till her life changes after a meeting with a social worker.

The film narrated the journey of a 16-year-old Indian boy named Pi Patel, who survives a shipwreck and drifts in a lifeboat for 227 days in the Pacific with a Bengal tiger.

While receiving the award, Lee thanked his Indian crew and wowed everyone by saying “Namaste”.

Over the years, there has been some Bollywood’s glitz and glamour at the Oscar red carpet, too, with a handful of stars including Aishwarya Rai Bachchan, Anil Kapoor, Aamir Khan and John Abraham oozing style for photo-ops.