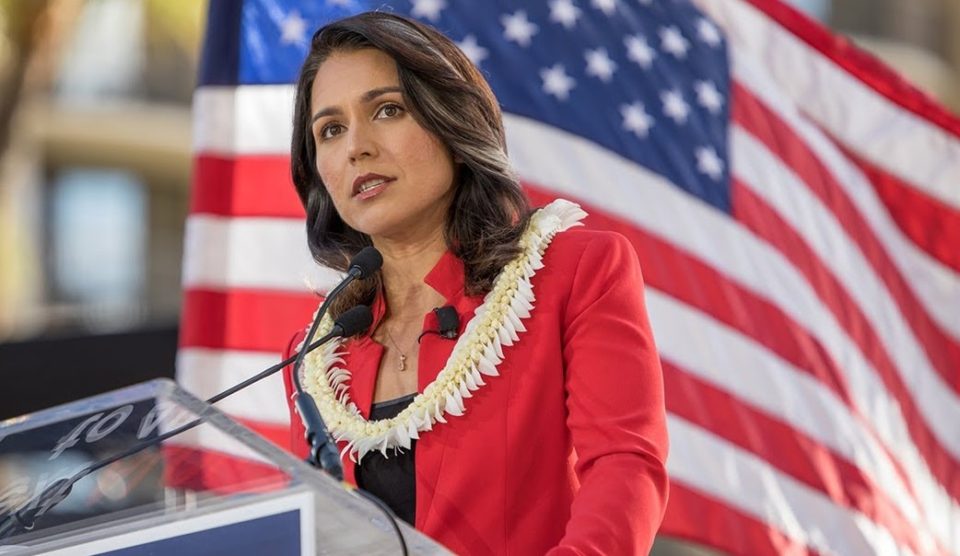 San Francisco, July 26 (IANS) Tulsi Gabbard, one of the presidential candidates of the US Democratic Party, has sued Google for at least $50 million accusing the company of meddling with her campaign.

“In the hours following the 1st debate, while millions of Americans searched for info about Tulsi, Google suspended her search ad account w/o explanation. It is vital to our democracy that big tech companies can’t affect the outcome of elections,” a tweet from Gabbard’s official account read.

Gabbard’s campaign team also believes that its emails were being placed in Gmail spam folders at “a disproportionately high rate” compared to other Democratic contenders.

“Google’s discrimination against our campaign reveals the danger of their dominance and how the dominance of big tech over public discourse threatens core American values,” another one of the presidential candidate’s tweet read.

However, according to Google a spokesperson, its automated systems flag unusual activity from advertisers, like a sudden increase in spending.

The company says that in this case its system triggered a suspension that was pulled back in a short while.

For now, Gabbard has filed a lawsuit against Google, details about which still remain unclear.

According to the lawsuit, she sides with Senator Elizabeth Warren in the call for large tech companies to be broken up.

While this lawsuit may not go anywhere, it is believed to be the first time a presidential candidate has sued a major tech firm, the report said.

Gabbard is a military veteran serving as the US Representative for Hawaii’s 2nd congressional district since 2013. She is also the first Hindu member of the United States’ Congress.

Sand artist Sudarsan wins People’s Choice award in the US