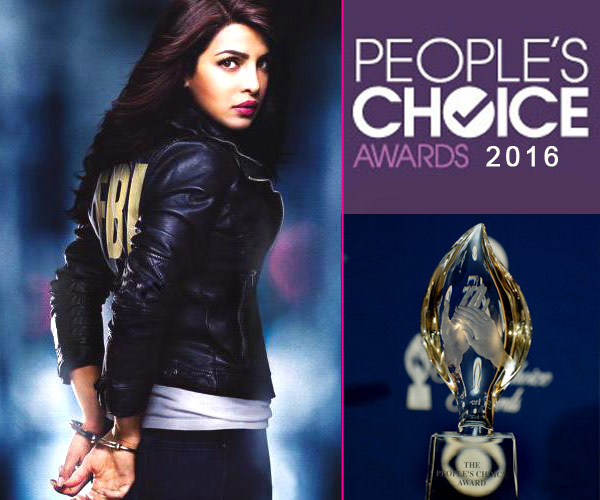 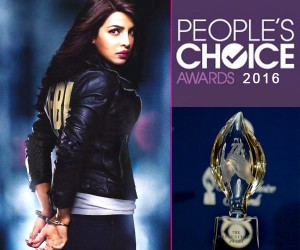 Los Angeles, Jan 7 (IANS) Bollywood actress and former Miss World Priyanka Chopra made India proud yet again by winning a People’s Choice Award for her international debut as FBI agent Alex Parish in American TV thriller series “Quantico”. She is said to be the first South Asian actress to win the honor.

Priyanka was named the Favorite Actress in a New TV series at the gala on Wednesday night.

Ecstatic with the victory, she said: “I’d like to thank everyone who voted for ‘Quantico’. It is my first year in the US, and to come to another country and actually get this kind of acceptance is I guess what America is all about.

“So, thank you for accepting me, thank you to my mom, my manager, the cast and crew, the writer, ABC…everyone. I’m really overwhelmed.”

The 33-year-old star was given the trophy by Hollywood action star Vin Diesel, who also gave a touching tribute to his late “Fast and Furious” co-star Paul Walker by singing the song “See you again” during the course of the show.

“Furious 7”, Walker’s last film before he passed away in November 2013 in a car accident, was named the Favorite Movie and the Favorite Action Movie at People’s Choice Awards 2016.

Hosted by Jane Lynch, the gala honored the best in movies, TV and music, on the basis of public voting.

Melissa McCarthy, Taylor Swift and Ellen DeGeneres were some of the other winners.

The Favorite Female Artist and Favorite Pop artist awards were given to Swift.

On the small screen, the Favorite TV Show award was given to “The Big Bang Theory”, which was even named the Favorite Network TV Comedy trophy.

The awards for Favorite Dramatic TV Actor and Actress were given to Taylor Kinney and Ellen Pompeo.

Meanwhile, in music categories, singer Ed Sheeran was given the award for Favourite Male Artist, American girl group Fifth Harmony was chosen as Favorite Group and singer Shawn Mendes was given the Favorite Breakout Artist award.

Singers Nicki Mnaj and Meghan Trainor were given the awards for Favorite Hip-Hop Artist and Favourite Album respectively. And Justin Bieber’s hit single “What do you mean?” was announced as this year’s Favorite Single.

Madonna was announced as the Favorite Music Icon.