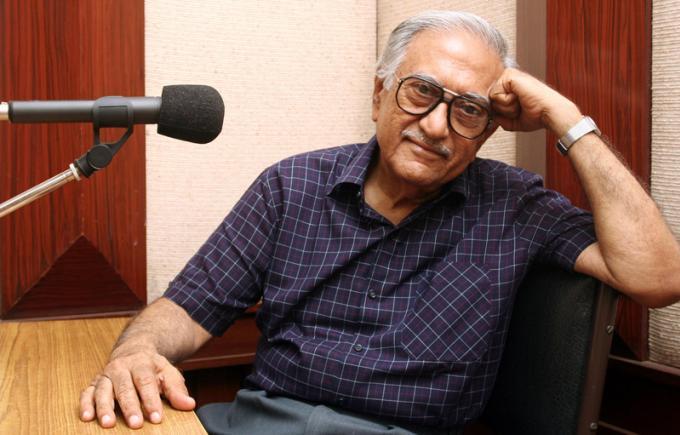 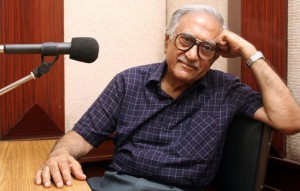 New Delhi, July 1 (IANS) The “cheap, accessible and wonderful” medium of radio is here to stay, says Ameen Sayani, the octogenarian radio presenter of the popular show “Binaca Geet Mala”. He adds that “splurge of digital mediums” such as music players and iPods “will not result into the death of radio”.

Predicting a bright future for radio industry, where players exhibited 12-14 percent growth rate in 2013, according to FICCI-KPMG Media and Entertainment Report 2014, he said: “I don’t think radio will ever die.”

“The popularity of the shows certainly depends on the presenters and consumers. There are great programs that never waste time. Radio is the medium where you don’t get stuck,” the 81-year-old told IANS on phone from Mumbai.

According to Indian Readership Survey (IRS) 2012 data, radio had an estimated audience of 158 million people and the listenership has only grown ever since.

“It is a cheap medium too and you don’t require expensive electronic gadgets to play it. It’s a wonderful medium, usually accessible and will always be one of the oldest mediums,” added Sayani, who successfully hosted “Binaca Geet Mala” on Radio Ceylon from 1952 to 1994.

He may be an experienced hand in the field, but Sayani, who has several international shows to his credit, admires young Radio Jockeys (RJs) and their talent.

“I had to write my script, rehearse properly and then go live. I used to link everything in my programme very beautifully,” said Sayani who was introduced to All India Radio Bombay (now Mumbai) by his brother.

“Today’s generation have no such facility. They naturally keep on talking. Sometimes they are very good and sometimes sound bit confused. Also, sometimes they go so fast in their youthful and energetic style that you can’t understand what exactly they are saying. Nevertheless, there are some RJs who are better than me,” he said.

With such a vast experience, did you ever think of penning your knowledge?

“I have always wanted to do that, but I was so engrossed in my work that I never had the chance to think and now it’s too late. Three publishers want me to write my stories,” he said.

But his priority is his commitment to a music company.

“I am going to try do a programme for SA RE GA MA for their digital portal, but I don’t know when will that happen,” he said.

He feels future is not worth nurturing if the past is not preserved.

“(Late composer) Naushad often used to say that the music of the golden era touches the heart, while modern music only touches the body. People start dancing on bang, bang music and they even exercise on it, but the spirit, softness, romance, philosophy, tradition and greatness can only be best defined in the older style. You have to learn to use your yesterday for your tomorrow,” he said.

Born in 1932, Sayani assisted his mother, Kulsum Sayani, in editing a fortnightly journal called “Rahber” for neo-literates, initiated by Mahatma Gandhi. It was simultaneously published in Devnagri (Hindi), Urdu and Gujarati.

“For me, radio was life and in fact, that was the time when some of the senior broadcasters used to say that greatest radio programmes are those that we can see. That is what I grew up in,” said Sayani, who currently hosts “Sitaron Ki Jawaniyaan” for Radio City 91.1 FM.