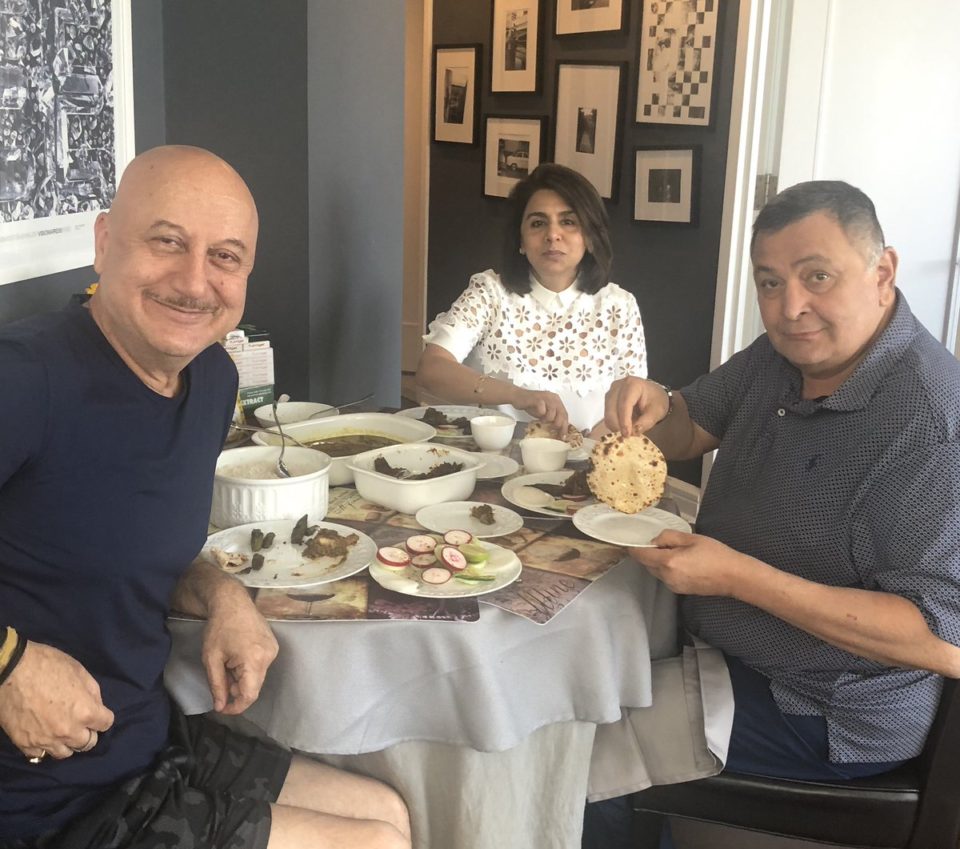 Rishi shared a photograph of himself holding a chapati. Anupam and Neetu can be seen smiling at the camera.

“At Anupam Kher’s apartment for lunch. Had the correct ‘aate (flour) ka phulka(Indian bread)’ after a while. Great food made by his man Friday Daddu,” he captioned the image.

Anupam shared another photograph and said he was delighted to have the star couple over for lunch.

“Delighted to have Neetuji, Rishi and Santosh at my house for lunch. As Neetuji rightfully commented that we never thought we will meet like this at my place in New York. But then, don’t I always say ‘kuchh bhi ho sakta hai (anything can happen)’. Dattu was over the moon to specially cook for them,” he added.

Rishi has been undergoing medical treatment in New York for the past several months.
In April, his brother Randhir Kapoor had said that the “102 Not Out” actor will be back home in a few months, amid reports that he was “cancer free”.

In the meanwhile, the actor’s friends from the film and business world have been giving him company.