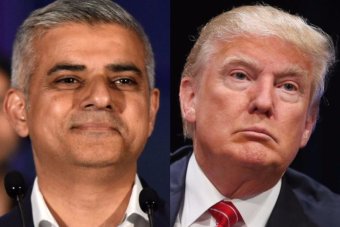 London, May 16 (IANS) Republican presumptive presidential nominee Donald Trump on Monday said he would not forgive new London Mayor Sadiq Khan for calling him “ignorant”, and challenged the mayor to take an IQ test, BBC reported.

The US presidential contender criticised what he called the “very rude statements” made about him by Sadiq Khan, after Trump suggested he would make an “exception” to the ban for the London mayor.

Sadiq Khan, the first directly-elected Muslim mayor of a major Western capital city, dismissed Trump’s offer and accused the US presidential hopeful of holding “ignorant” views about Islam which “could make both countries less safe” by playing into the hands of extremists.

In response to Sadiq Khan’s comment, Trump said: “I am offended, he does not know me.”

“I think they were very rude statements and, frankly, tell him I will remember those statements,” he added.

Earlier, Sadiq Khan had expressed concern that he would not be able to visit the US if Trump was elected president as he proposed a ban on Muslims entering the US after attacks in Paris killed 130 people last year.