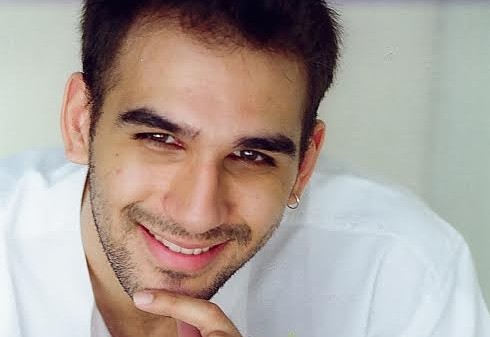 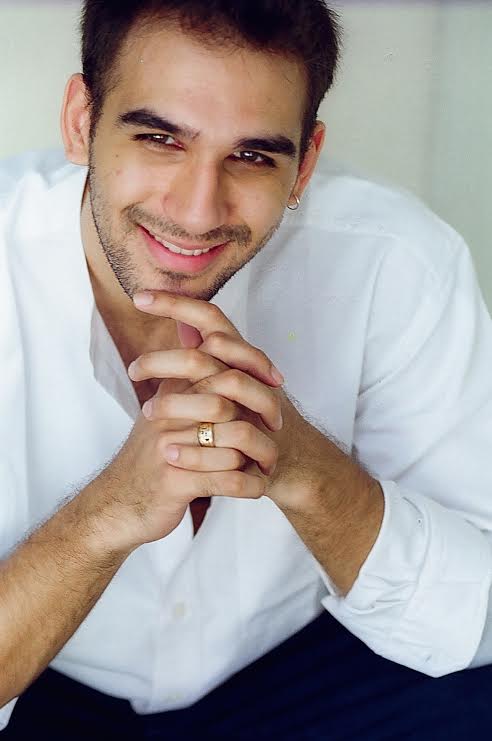 There is an ah ha! moment as one connects Olivier Lafont’s name to his visage as the arrogant fiancé of Kareena Kapoor in the movie ‘3 Idiots’. However, Lafont’s modest success in the entertainment industry in India as well as the lightness of his character roles in several films and advertisements do no justice to his academic brilliance and international achievement both as a film maker and a writer. His novel “Warrior” was recently shortlisted for the Tibor Jones South Asia Prize, an annual literary prize to encourage unpublished and unrepresented South Asian writers.

In an email interview with NRI Pulse, Lafont spoke about his work and his relationship with India.

What are your links to India?
My family moved from France to India when I was seven, so in many respects I grew up within Indian culture, although my home upbringing was quite French. My gorgeous wife is Indian, so she ties me even more to this beautiful country. In my soul also, I feel Indian, that wonderful concept of being Indian that is human, pluralistic, spiritual, democratic, peaceful, harmonious…

You are a familiar face in Indian television and Bollywood. Given the somewhat stereotypical history of roles for actors who are not of Indian origin, are you not anxious of being typecast?
A substantial amount of offers I get are in the same comic range as ‘3 Idiots’. I’d love to do more serious and dramatic roles. I’d also like to do more international films, since I’m also fluent in French and Spanish. I have also just written a feature film screenplay for myself as the main character (the first film I wrote opened at the Toronto Film Festival and went on to win several awards worldwide), and I’m looking for an international producer to partner with, as this film is particularly pertinent to the NRI community. 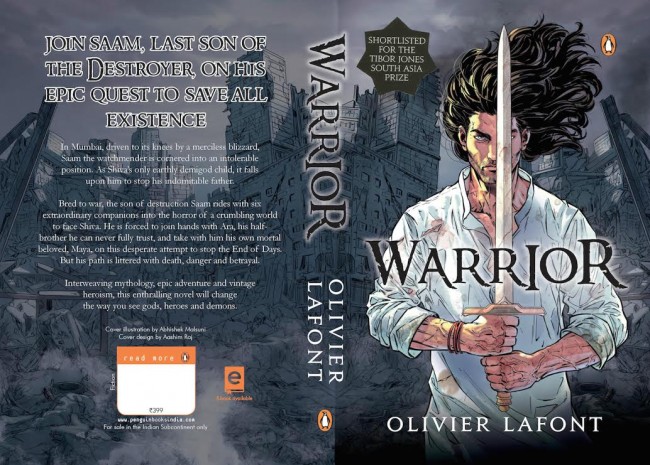 Your first book is based in Mumbai. What are the influences and sources of inspiration for your writing?
‘Warrior’ begins in Mumbai, it’s the hub of the story, but it then expands to a really magnificent scale, encompassing all of India and other lands beyond. I had originally written ‘Warrior’ as a feature film screenplay, in 2001. The inspiration for it then and since was the Mahabharata. For me the Mahabharata is the most complete and complex epic of human history. What I loved about it were these really intense family dramas and feuds between people who grew up together, who were so close, whose ambitions and jealousies are reflections of the love that tied them to each other; and then we have the setting, this massive backdrop which is the greatest war of wars, where gods and demigods and demon kings walk the earth vying for power… So I created, for ‘Warrior’, what I thought was a very compelling family with Shiva as the father and Saam, my hero, as the son. And then I painted this epic background and story through which Saam has to battle.

Do you feel a sense of displacement having lived in different countries? Is this a part of your writing? Does this global exposure also provide you with a unique perspective when you write?
I did feel a sense of displacement. Before the age of seven I was a French boy growing up in France. Then to become a French boy growing up in India in the 90s, it was quite difficult adjusting. When you’re older, as an adult, you’ve got enough maturity, awareness, and tools to cope with a change of culture – but as a child I was just completely at sea. Maybe that sense of isolation, of being a stranger within your own culture is reflected in ‘Warrior’, since Saam vividly feels that as an immortal demigod in the mortal multitude of Mumbai. I feel very comfortable being French in India today, however, and whenever I travel abroad I feel completely rooted in myself.

Having lived in and traveled to a fair amount of countries has certainly influenced my writing, no doubt. We talk about culture in large continent-sized blocs in order to understand and codify it, but culture is really only relevant at the level of individual experience. What that means, for me, is that each individual in my story is his or her own unique culture that is a puzzle of disparate cultures. A lot of the interesting conflict in my story comes from these personal clashes of culture.

As a first time author, what was your reaction when you were short listed for the Tibor Jones South Asia Prize?
At the time I didn’t have an agent or a publisher, so it felt good to know that the book was well-received.

Will this international acclaim see multi-tasking or a focus on your literary career?
Multi-tasking, although these different streams are all part of the same flow for me. My passion for storytelling finds its expression in acting in films, acting in advertisements, screenplay writing, and now in being an author. I don’t see why any one of these should take away from the other. I intend to continue pursuing all my interests for as long as they interest me.