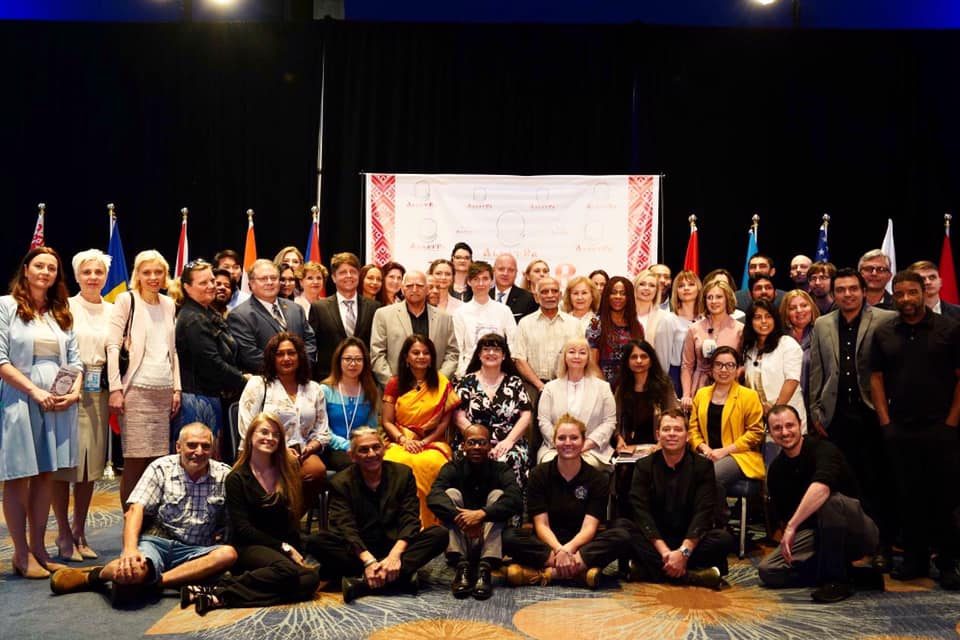 Atlanta, GA, June 6, 2019: Society. The Last Chance, A unique global conference organized by ALLATRA International Public Movement with a focus on betterment of society was held at the Georgia Aquarium on May 11, 2019.

“How can we, as humanity, change the vector of society’s development from a consumption-based society to a constructive and creative society?” a universal concern was addressed via video conference with people across the world expressing their views. The list of participating countries included United States, Ukraine, Russia, Belarus, Switzerland, the Czech Republic, Spain, Slovakia, the United Arab Emirates, Kazakhstan, Germany, Uzbekistan, the United Kingdom, Moldova, Italy, Latvia, Canada, New Zealand and many others.

Robby Wells, 2020 democratic Presidential candidate and current international spokesman and ambassador for the International Human Rights Peace Commission was among speakers at the event.

A sense of universal brotherhood prevailed, as speakers across different nationalities, religions, and professions voiced their concerns, in an unusual presentation format that had speakers speak directly from their seats, as if seated across a dining table,  with participants being able see each other on the huge display screens of amphitheaters and congressional centers.

“Nobody here wants to kill anyone. It is obvious that no one wants aggression. We all want peace and harmonious relations with each other. So why are we forced to believe that there is an enemy, and that we must live in fear and hatred? People are not the ones complaining. Those complain who cannot divvy up a single wallet and power over us, not to mention that the wallet is ours,” questioned a speaker about the current consumer structure.

With a sharp focus on Peace, Conscience and Humanness, some of the questions raised at the conference included, “What can we do, all together, to peacefully move into the format of a creative society, without detriment to countries and peoples, without any material loss to anyone?, Why, in the 21st century, do we still have world problems such as wars, international conflicts, racial and religious discrimination, if people from different countries of the world primarily want the same thing – peace and a happy life? Why is information that is important for building a creative society, being distorted or ignored globally by mass media?  Why are there so many religions in the world, but no humanness in society? Who created the so-called “Doomsday Clock” for humanity, with its hand now at two minutes to midnight, and promoted it in the world media as a “factor of tension” in the international situation and nuclear arms race? How do we unite all people of goodwill?”

“We all want to live in a good and kind world. If we do not create it, then who will? Let’s get together to find out if our leaders really want to kill us. We want to ask, what are they really doing to us – are they saving us or terrorizing us?” The future of the world depends on us. And we understand that we cannot influence climate change, but we can change the relationship between people. So, let’s meet on the second Saturday of May next year and together, choose the path for our civilization! This is our last Chance!” concluded Marina Ovtsynova, Atlanta coordinator of ALLATRA.

ALLATRA is an international public movement in which people aim to successfully implement an entirely new form of communication, an interaction which results in the unification of people around the world based on the principles of honesty, kindness, and justice.

Thank you so much for being there and spreading the good news around the world. These topics are of the greatest importance in our society right now and it is amazing to see that people are coming together to discuss them together in such a format, where anyone could join.

very good what is in the world