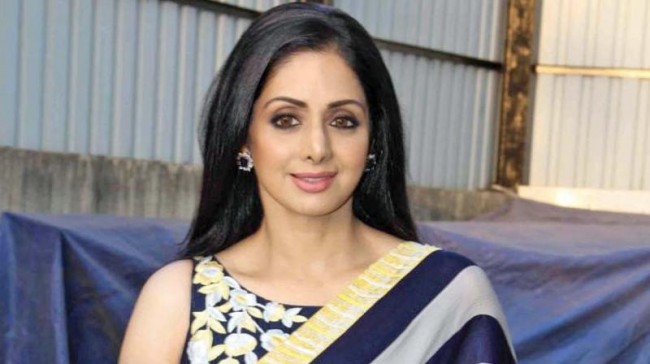 Mumbai, Feb 25 (IANS) Veteran actress Sridevi has passed away, a family member said. She was 54.
The actress, who was in Dubai for a family function, reportedly suffered a cardiac arrest.
Confirming the news of her death, Sridevi’s brother-in-law and actor Sanjay Kapoor, told IANS: “Yes, it is true.”
Sanjay, however, could not reveal more details as he was on his way to Dubai.
Sridevi was in Dubai to attend the marriage function of actress Sonam Kapoor’s cousin Mohit Marwah, along with husband Boney Kapoor and younger daughter Khushi Kapoor.
Sridevi has known for her performance is some of the iconic films like “Mr India”, “Nagina”, “Sadma”, “Chaalbaaz”, “Chandni” among many others. The Padma Shri recipient was last seen in “Mom” in 2017.
The news of death came as a shock for everyone in the film industry.
Here is what some of the Bollywood personalities tweeted:
Nimrat Kaur: “Absolutely devastated to hear about the passing of #Sridevi. What a dark black terrible moment in time. Gutted.”
Sushmita Sen tweeted: “I just heard Ma’am Sridevi passed away due to a massive cardiac arrest. I am in shock…can’t stop crying…”
Madhur Bhandarkar tweeted: “Unbelievable Shocking & Heartbreaking to hear about the demise of #Sridevi, one of the talented Actress of Indian Cinema. Prayers and strength to the family. #OmShanti”
Priyanka Chopra: “I have no words. Condolences to everyone who loved #Sridevi . A dark day. RIP.”