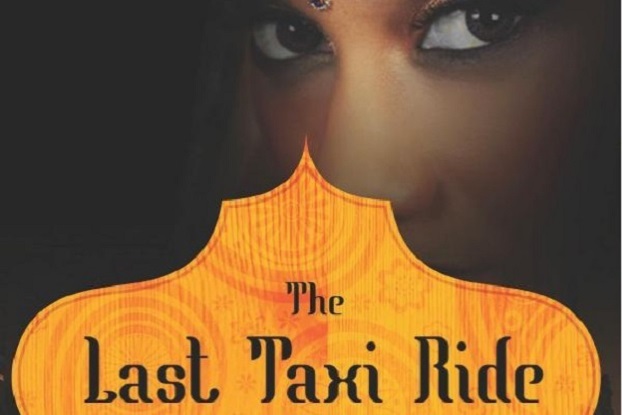 “Make contentment your earrings, humility your begging bowl, Let meditation be the ashes you apply to your body,  Let the remembrance of death be the patched coat you wear” Jups from Guru Granth Sahib and chants of Hindu Gods eloquently and evocatively blend into a riveting plot in A.X. Ahmad’s  The Last Taxi Ride.

Bollywood’s fading star Shabana Shah is found murdered in her NY apartment, her face smashed with a Ganesh (The Elephant God) statue. Cab driver Ranjit Singh’s fingerprints are all over the murder weapon and her apartment. Caught on tape leaving the apartment, Ranjit is accused of being an accessory to murder. Shabana’s doorman Mohan, Ranjit’s friend and only alibi is missing. Ranjit’s teenage daughter is due to arrive from India to live with him.  With a Grand jury arraignment in 10 days, Ranjit must fend for himself and find Mohan. His search leads us through NY streets and clubs that are not exactly tourist attractions. Uncovering shady businesses and Bollywood’s best-kept secrets, Ranjit only has his former army training and cabbie friends to rely on.  Will this amateur detective succeed in his tryst against some of the most powerful and dangerous men that seem to be involved in the crime? The Last Taxi Ride has the answers in its compelling narrative.

The second novel in Ranjit Singh triology, The Last Taxi Ride has its gripping moments. The premise for this ride is rather exciting with Bollywood, New York and the Underworld at its core. Ahmad cleverly utilizes his protagonists’ job to jaunt through unknown lanes and joints of NY City. Ahmad in fact, seems to have used NY more as a character, than a city. In his interview, Ahmad mentions that he frequented eateries often visited by Indian cab drivers and in fact the opening chapter where a Bollywood star hails a cab ride originated from one of the cabbies’ stories.  The author’s strength lies in weaving an exciting tale around escapades he overheard at these joints, cleverly blending dappled business practices and Bollywood underbelly laced with the Mumbai mafia.  You may learn more about the author and his works at http://www.axahmad.com.

Fast paced and encompassing, the pulse of the novel reminded me of a James Hadley Chase page-turner, except with desi characters. The characters of Ahmad’s thriller maybe Indian, but appeal is clearly global.  What makes for an interesting read is that this ride treads through the unfamiliar – be it the lanes of NY, the human hair trade, or lifestyles of characters that are easily overlooked in real life – a doorman, cab drivers, the nannies and such. Ahmed manages to build a natural progression with back-story insertions at the right intervals, adding exciting twists and turns along the way. He captures pain behind Bollywood glitter with sensitivity and grace, never exaggerating the pain or the glitter.

The story’s strength lies in Ahmed’s research. He mentions in his interview that he likes to stop by small junky stores and that’s where he discovered the headquarters for human hair trade is centered in nondescript offices of Midtown. He places this lesser-known yet highly profitable business at the center of his story. It is interesting to note that human hair trade is on the rise at an incredible rate, globally. As the author mentions in the book, the hair comes from temples in India where hair is “donated” to the deities in prayer and sacrifice. Underneath the thick tresses lies a dark story, where these donations are sold for millions. Some stories are even darker with prisoners in some nations forced to shave their heads.

Ahmed does a fine job of coalescing the real with fiction, setting stage for an entertaining read. Ranjit Singh’s NY outing is exciting, racing the reader through untrodden paths of the big apple, be it “Bottle girls” or Little Guyana. Fasten your seat belts all – this ride is exhilarating!