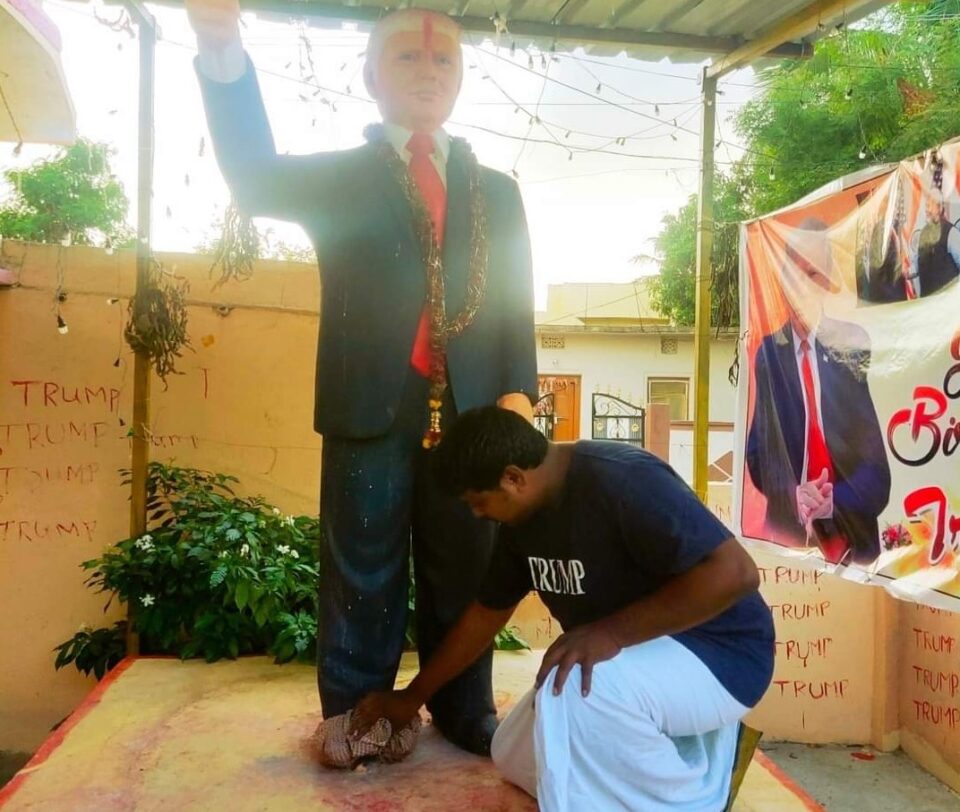 Hyderabad, Oct 11 (IANS) Die-hard Donald Trump fan Bussa Krishna, who used to worship him like a god, died of cardiac arrest on Sunday after being concerned about the US President’s health condition following his Covid-19 infection.

The 38-year-old collapsed while having tea at his relative’s residence at Toopran area in Medak district of Telangana. He was taken to hospital where doctors declared him dead.

His family members said he was worried after coming to know that Trump was infected by Covid-19. He had reportedly not taken food properly ever since he learnt that Trump tested positive.

A resident of Konne village in Jangaon district, Kirshna was an ardent devotee of Trump and had installed a six-feet statue of the US President at his house by spending Rs 1.30 lakh.

He used to offer daily prayers to Trump and came to be known as ‘Trump Krishna’ in his village.

Krishna, a small farmer, had stated that he became a big fan of Trump for his straightforwardness on many issues ever since he became the US president.

He said people laughed at him for installing the statue of Trump and worshipping it and had advised him to visit a psychiatrist. He, however, had defended his love for Trump.

“Every Friday, I fast for Trump’s long life. I also carry his picture and pray to him before commencing any work,” he had said.

Krishna’s family members said after learning that Trump and his wife were found infected by coronavirus, he was praying to god for their recovery. He later released videos praying for the speedy recovery of the US President.

Though a school dropout, Krishna had a keen interest in global politics. He wished that Trump would win the polls again and tackle China.

When Trump visited India earlier this year, Krishna had appealed to the Central government to arrange a meeting with the US leader.

However, his wish of meeting his ‘god’ remained unfulfilled.