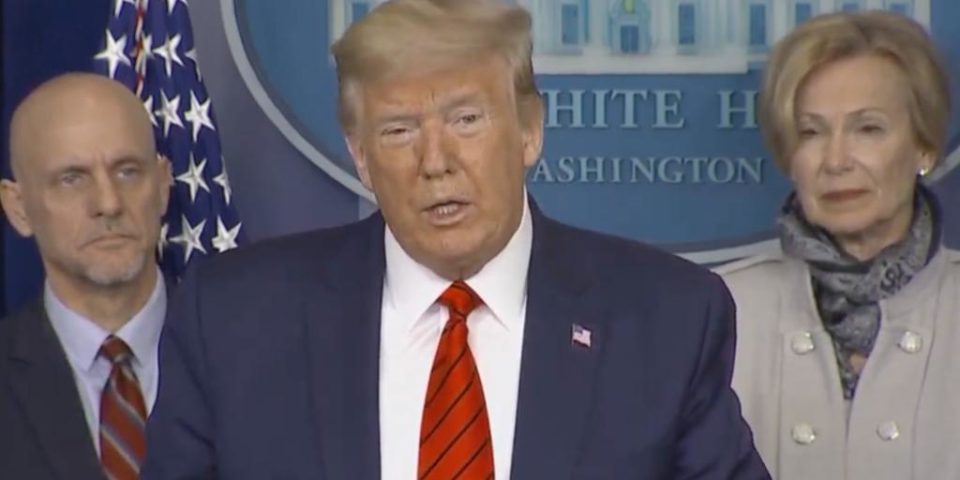 New York, March 19 (IANS) Anti-malaria drug hydroxychloroquine has been approved by the US Food and Drug Administration (FDA) for therapeutic use among coronavirus patients because of its “very very encouraging” results, US President Donald Trump announced on Thursday.

Trump said the drug could prove to be a “gamechanger” and if it is not, the downside risks are likely to be low.

“We’ve got very very encouraging early results. And we’re going to be able to make that drug available. Almost immediately. And that’s where the FDA has been so great, they’ve gone through the approval process, it’s been approved,” Trump said.

FDA Commissioner Stephen Hahn said that several approaches are under testing, including chloroquine, remdesivir and antibodies sourced from the blood of Covid-19 patients after they recover.

“We’re looking at drugs that are already approved for other indications as a potential bridge or stopgap until studies are completed on other drugs under investigation,” Hahn said. Hydroxychloroquine belongs in this category for now.

“We know that if things don’t go as planned, it’s not going to kill anybody,” Trump said.

Chloroquine, or hydroxychloroquine, has been used to treat malaria since the 1940s and is widely available. It is often given before exposure to malaria to prevent the infection, and also as treatment afterwards.

“Nothing will stand in our way as we pursue any avenue to find what best works against this horrible virus,” Trump said at a White House briefing.

Hahn said that 10,000 FDA scientists, doctors and staff are “working round the clock to aid the American people in this fight against coronavirus.”

Describing himself as a “wartime President”, Trump has invoked emergency powers which allow private sector capacity to be used in responding to the coronavirus pandemic which has already killed more than 130 people in the US.

With these emergency powers, the Trump administration can pull on the country’s installed industrial base to swiftly produce materials needed in a national crisis.

White House coronavirus response coordinator Deborah Birx cautioned that the number of people diagnosed is likely to increase dramatically in the next few days as testing capacity ramps up. It is now nearly 60 days since the first US case surfaced and testing at large scale remains an issue across the country till date.

Birx on Thursday underlined a relatively new theme in what we know about the virus — its transmission from hard surfaces. “We’re still working out how much is by human to human transmission and how much from surfaces,” she said.

“We’ve not seen significant mortality in children,” she said.

“Don’t expose yourself to surfaces outside the home,” Birx urged Americans.

The White House task force has been calling on “younger” Americans, especially millennials, to follow the latest social distancing guidelines and stop congregating in groups.

Hospitals, which are fearing a tidal wave of cases coming in as a result of the increased testing capacity, have been asked to cancel all elective surgeries.

Despite Trump’s claism, the FDA did not approve this drug for treating coronavirus. NRI Pulse should remove this misleading article.

READERS: Please DO NOT engage in self-medication. This may cause harm and can lead to death.