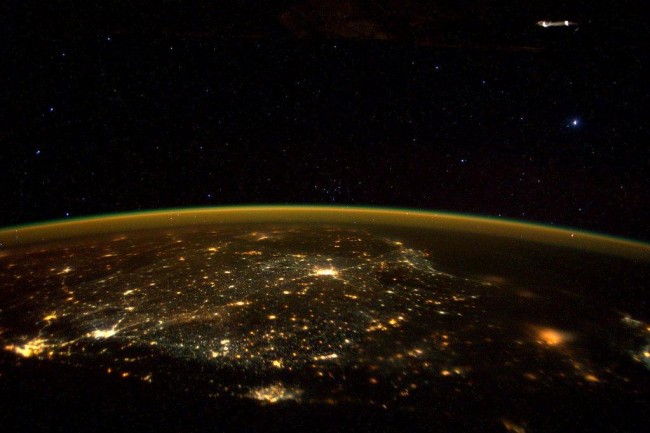 Washington, Nov 17 (IANS) US astronaut Scott Kelly has tweeted a stunning picture of South India at night from space.

Kelly, who is the longest resident on the International Space Station (ISS), on November 15 uploaded a picture of South India at night on micro-blogging site Twitter, The TeCake news website reported.

Kelly has also posted a series of pictures including images of Indian cities, the Ganges and stunning night time picture of India-Pakistan border captured, the report said.

The panoramic image was captured from the south-west direction and India’s southern coast is in the east direction in the image.

In the picture, the faded yellow colour is spread all over the image while the bright yellow spots denote cities.

The image has been retweeted 3,943 times while favourited by 7,225 people.

“Day 233. Once upon a #star over Southern India. #GoodNight from @space_station! #YearInSpace,” Kelly tweeted.

Kelly is longest living astronaut on the ISS and he would have spent 415 days in space by November 17.

On October 16, Kelly completed 383 days in space breaking the record of US astronaut Mike Fincke who had spent 382 cumulative days in space.