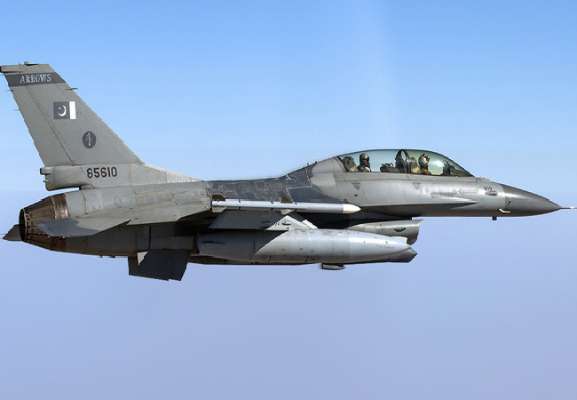 Washington, April 5 (IANS) India’s claim that one of its pilots shot down a Pakistani F-16 fighter jet in an aerial battle in February “appears to be wrong” as US personnel counted Islamabad’s F-16s and found none missing, a US news publication has reported citing military officials.

Foreign Policy publication said in a report that two senior US defence officials with direct knowledge of the situation said that “American personnel recently counted Islamabad’s F-16s and found none missing”.

The Indian government had said that in a dog fight on February 27 — a day after it carried out strikes on a terror training camp in Pakistan’s Balakot — Indian Air Force pilot Abhinandan Varthaman shot down a F-16, one of the Pakistani Air Force jets that tried to target Indian military facilities.

The Indian’s MiG was hit in the aerial engagement and it crashed in Pakistani territory. The Indian pilot was captured by Pakistan and later returned to India as a “peace gesture” by Islamabad to de-escalate the crisis between the two nuclear-armed nations.

The Indian Air Force had on February 28 displayed to the media pieces of the AMRAAM missile, fired by a Pakistani F-16, as an evidence.

According to Foreign Policy, one of the senior US defence officials with direct knowledge of the situation said that Pakistan invited Washington to physically count its F-16 planes after the incident as part of an end-user agreement signed when the foreign military sale was finalized.

The publication said a “US count of Pakistan’s F-16 fleet has found that all the jets are present and accounted for, a direct contradiction to India’s claim that it shot down one of the fighter jets during a February clash.

“Some of the aircraft were not immediately available for inspection due to the conflict, so it took US personnel several weeks to account for all of the jets,” an unnamed US defence official was quoted as saying in the report.