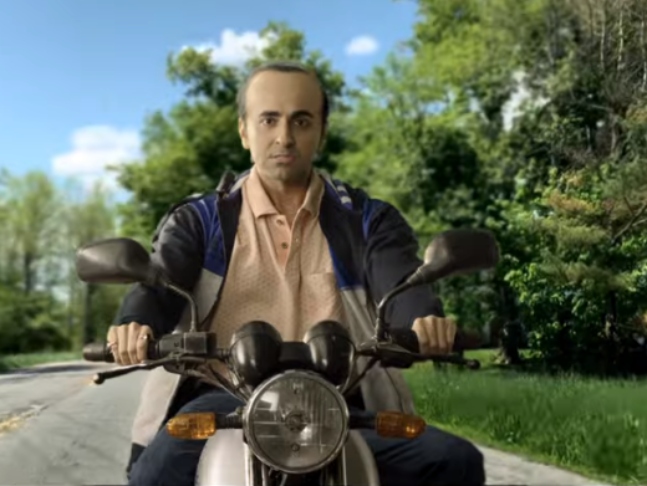 Mumbai, Aug 26 (IANS) The teaser of Ayushmann Khurrana’s upcoming film “Bala” is out, and the actor is striking nostalgia into the hearts of Bollywood’s first superstar Rajesh Khanna and actor Shah Rukh Khan’s fans, with his quirky dose of “baldness”.

Directed by Amar Kaushik, “Bala” revolves around a prematurely balding man, which is being essayed by Ayushmann.

The video begins with Ayushmann recreating SRK’S iconic “Deewana” bike stunt. He can be seen happily riding a bike and aping Shah Rukh’s signature steps on the latter’s hit song “Koi na koi chahiye”. But his joy lasted for a few seconds only as a strong wind passed and revealed his semi-bald head.

The teaser has garnered a lot of positive reviews from the netizens, including members of the film industry.

Actor Arjun Kapoor wrote: “You are a baal sa guy.”

“Bala”, which also features Yami Gautam and Bhumi Pednekar, is scheduled to release on November 22.