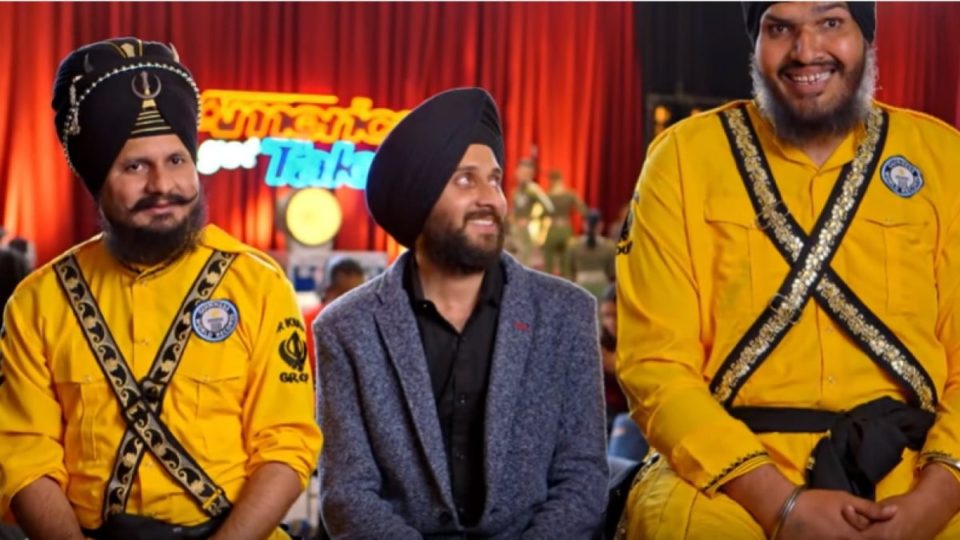 Chandigarh, June 9 (IANS) The seven feet and six inches tall Punjab Policeman, Jagdeep Singh, and other members of the Bir Khalsa Group left the audience in awe with their daring and dazzling acts at the “America’s Got Talent” show this week.

Jagdeep is the tallest policeman in the world, claim group members Kanwaljit Singh and Karamjit Singh.

In the show, Jagdeep lay down on the stage with coconuts and watermelons lined along his splayed out hands and legs.

After spreading salt on the eyes of Kanwaljit, he was blindfolded by Karamjit. With this, he went on smashing coconuts and watermelons placed around Jagdeep’s head and face.

But things took a scary turn when Kanwaljit started smashing the fruits one after another by hitting a hammer with the force.

All the viewers were left with their hearts in their mouths.

“This act requires focus, strength and calm mind,” Kanwaljit said before attempting the act. “And we should add: a lot of practice, too.”

After their performance, the Bir Khalsa Group got a standing ovation from all the four judges — Gabrielle Union, Howie Mandel, Julianne Hough and Simon Cowell.

“Try watching this performance by @birkhalsagatka without flinching. We dare you!” America’s Got Talent tweeted.