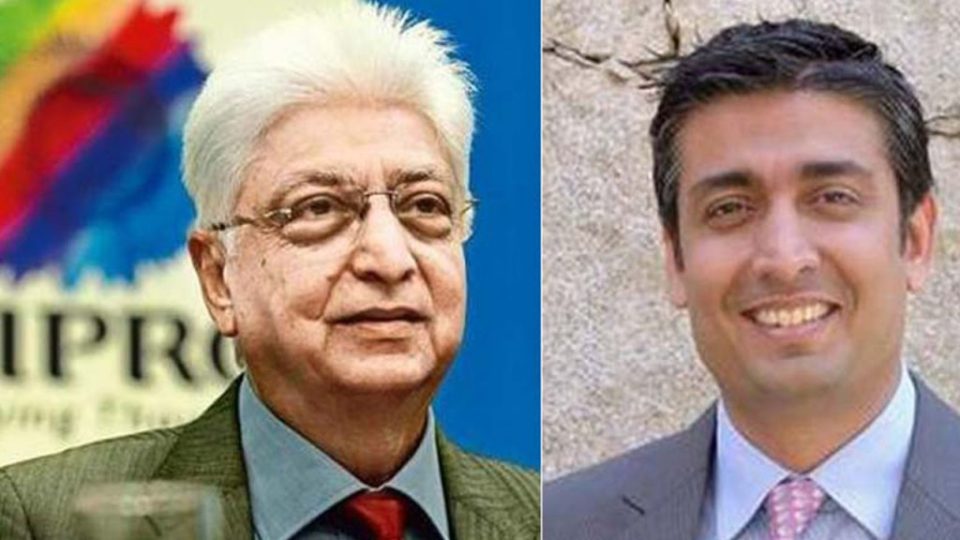 Bengaluru, June 6 (IANS) Signalling an end of an era, Indian IT industry czar and Wipro Founder Chairman and Managing Director Azim H. Premji, 73, will retire on July 30. His son and the company’s Chief Strategy Officer Rishad Premji will succeed him on July 31 as the Executive Chairman, the global software major said here on Thursday.

“Founder Azim Premji will retire as Executive Chairman on the completion of his term on July 30 and his eldest son Rishad will take over the company’s top executive on July 31,” the city-based IT behemoth said in a statement.

Wipro’s Chief Executive Abidali Z. Neemuchwala will, however, succeed billionaire Premji as its Managing Director from July 31 till the end of his present term, in addition to being its Chief Executive Officer.

The top appointments and re-designations were approved at a meeting of the company’s board of directors. “The board has also conferred Premji with the title of the Founder Chairman of the company,” said the statement.

As one of the pioneers of the multi-billion dollar Indian IT industry, Premji spearheaded Wipro for 53 years on return from the US-based Stanford University in 1966 at the age of 21 years after the death of his father Muhammed Hashim Premji, who founded Western India Vegetable Products (Wipro) in 1945 to produce edible oils at Amalner in Maharashtra’s Jalgaon district, about 410 km northeast of Mumbai.

Assuming the mantle, Premji transformed a small hydrogenated cooking fat firm into a $8.5 billion global IT powerhouse while leading the transformation of his non-IT arm Wipro Enterprises into a global FMCG (fast moving consumer goods), infrastructure engineering and medical devices leader, with $2 billion revenue in 2018-19.

“Premji will also remain Chairman of Wipro Enterprises and chair the board of Wipro-GE Healthcare,” said the statement.

Company’s independent director and its nomination and compensation’s board governance chairman Ashok S. Ganguly thanked Premji for his vision, leadership and years of contribution to build Wipro and the IT industry.

“Premji’s commitment to values makes him an example how business and ethics can and must go together. His generosity makes him one of the top philanthropists of our time,” said Ganguly on the occasion.

On Rishad taking over the company’s reins, Ganguly said his (Rishad’s) understanding of the IT industry, strategic orientation and diverse leadership experience make him the right person to guide Wipro.

“Rishad is also best positioned to represent the interests and social purpose of the largest shareholder of Wipro,” he said.

As a business tycoon-cum-investor, Premji gifted half of his wealth in 2013 by signing “The Giving Pledge” and donated $2.2 billion to set up the Azim Premji Foundation for providing quality education in schools and also co-funded setting up of the country’s leading Azim Premji University in Bengaluru.

“I thank generations of Wiproites and their families for their contribution in building the company to what it is currently. I am grateful to our clients, partners and other stakeholders for reposing trust and confidence in us,” said Premji in the statement.

Recalling his long and satisfying journey, Premji said he planned to devote more time on his philanthropic activities. “I have great confidence and trust in Rishad’s leadership to steer Wipro in its next phase of growth as we move forward,” he said.

On his appointment to the top executive job, Rishad said he was humbled and honoured to head the company, which over the decades demonstrated that success could be built on the foundation of values and uncompromising integrity.

“This is a testament to the spirit and dedication of thousands of Wiproites. I am confident of our future and the opportunity to create value for all stakeholders in these transformative times for us and the IT industry,” said Rishad in the statement.