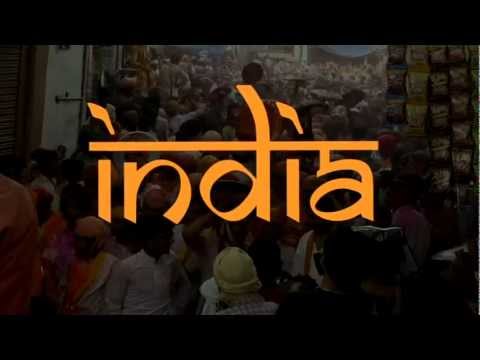 According to the Washington-based World Bank’s Global Economic Prospects (GEP) report, India’s gross domestic product (GDP) that grew by 5.6 percent last year, is expected to zoom to 6.4 percent this year before reaching the seven percent mark next year and keep that level in 2017 when China decelerates to 6.9 percent.

However, the World Bank warned that for India, “Any slackening in the reform momentum could result in a more modest or slower pace of recovery.”

The Bangkok-based UN Economic and Social Commission for Asia and the Pacific (ESCAP) in a separate report also projected the Indian economy’s growth this year at 6.4 percent.

China’s economy, which has been growing at a fast clip for several years, is expected to slow down to 7.1 percent this year from last year’s 7.4 percent, and decelerate to seven percent next year and 6.9 percent in 2017.

The bank characterised China’s deceleration as “a carefully managed slowdown”. ESCAP’s report, Year-end Update of the Economic and Social Survey of Asia and the Pacific 2014, forecast China’s growth at seven percent this year.

Behind the growth numbers, though, is the hard fact of the relative sizes of the two economies. China’s economy, which in 2013 was $9.2 trillion, is far larger than India’s $1.87 trillion and that means India has a long way to go before it can catch up with it.

The global economy in contrast to the Asian giants is projected to grow by three percent this year, 3.3 percent in 2016 and 3.2 percent in 2017, according to the World Bank. Last year, it grew by only a dismal 2.6 percent.

Growth in developed countries as a group is expected to rise modestly to 2.2 percent this year, up from 1.8 percent last year, and by 2.3 percent in 2016-17.

In contrast, the US growth rate is expected to accelerate from 2.4 percent last year to 3.2 percent this year, and slowdown to three percent next year and 2.4 percent in 2017, the World Bank said.

ESCAP projects a 5.8 percent growth rate for the region’s economy as a whole, up from last year’s 5.6 percent.

India’s economic growth will be helped along by falling oil prices and by lower interest rates in developed countries and these two factors can be a game-changer for the nation.

World Bank Chief Economist Kaushik Basu said, “The lower oil price, which is expected to persist through 2015 is lowering inflation worldwide and is likely to delay interest rate hikes in rich countries. This creates a window of opportunity for oil importing countries, such as China and India; we expect India’s growth to rise to seven percent by 2016.”

“What is critical is for nations to use this window to usher in fiscal and structural reforms, which can boost long-run growth and inclusive development,” he added.

Both ESCAP and the World Bank saw the low oil prices as an opportunity for cutting fuel subsidies and diverting funds for financing sustainable development while reforming the economy.

The ESCAP report mentioned the “Make in India” campaign as a step to promote structural change that favours manufacturing by making it easier to establish and operate a business in India.

The report also took note of the initiatives in India to open bank accounts for 75 million poor households by next month and to boost youth employment by introducing more community colleges and vocational courses, and promoting entrepreneurship.

Although India has identified infrastructure development as a key element for its growth plans, ESCAP said it faces a shortage of government resources. Therefore, ESCAP recommended giving the private sector importance in developing infrastructure in collaboration with government.

The World Bank report said that reforms and deregulation in India should boost foreign direct investment. It noted that increases in investments, which account for about 30 percent of the GDP, should help raise the nation’s growth rate to seven percent by 2016.